The Pfirt room, also located in the renovated attic, is a double bedroom (20m2) with king-size bed. 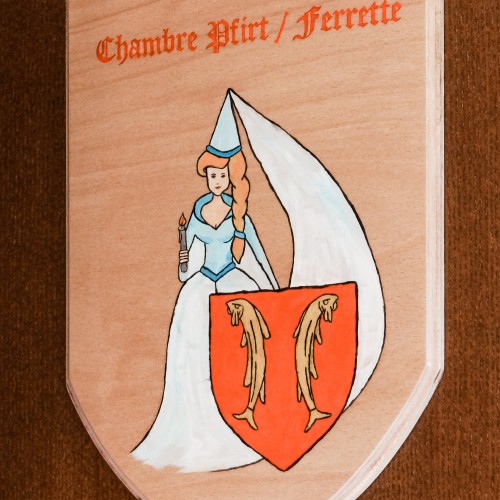 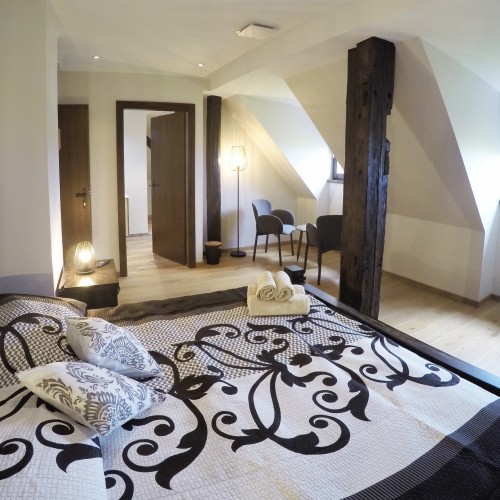 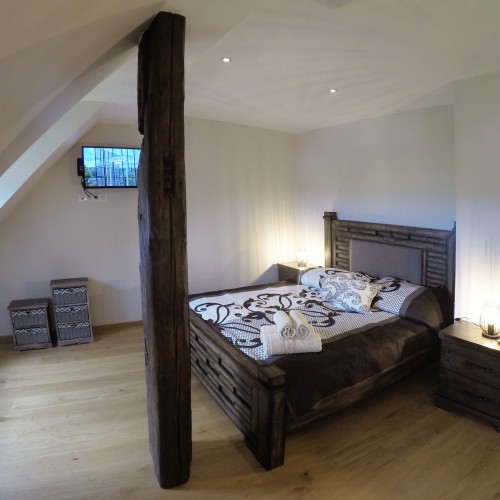 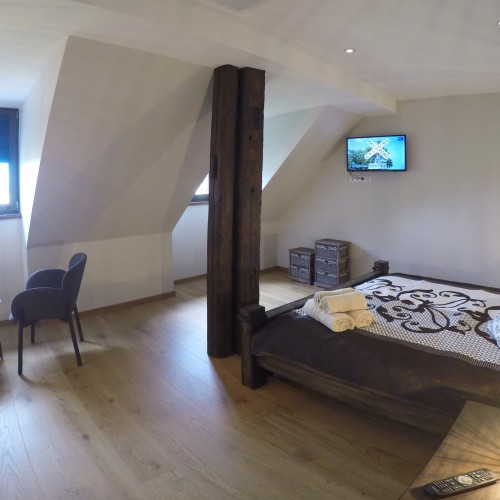 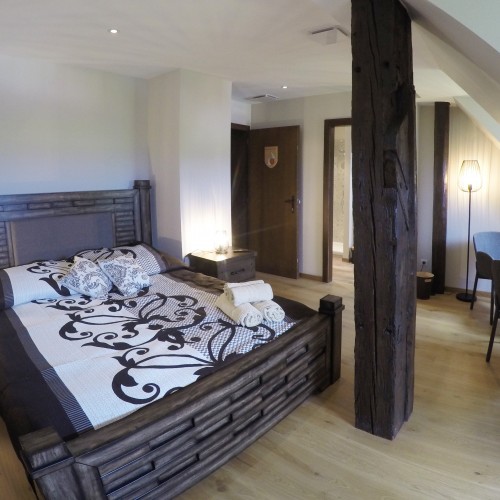 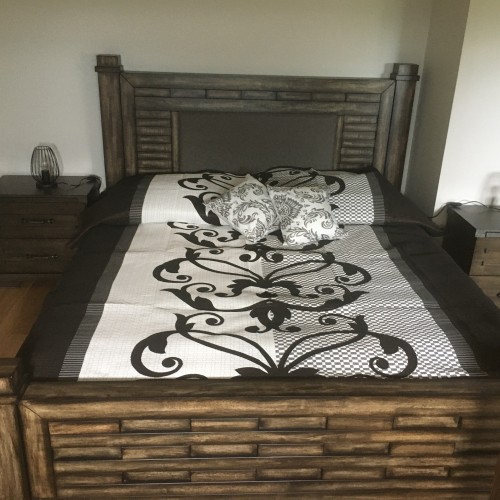 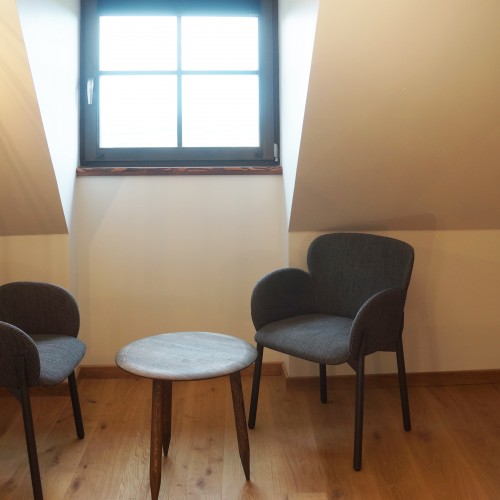 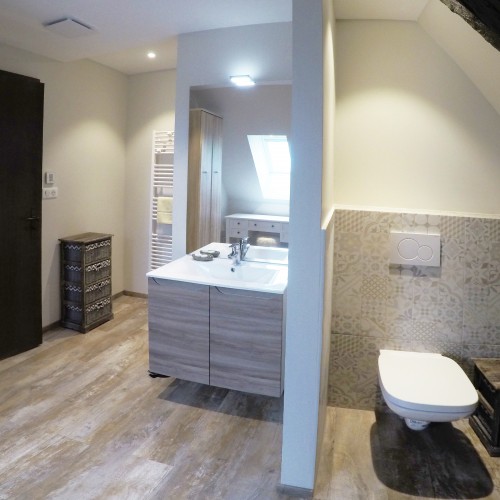 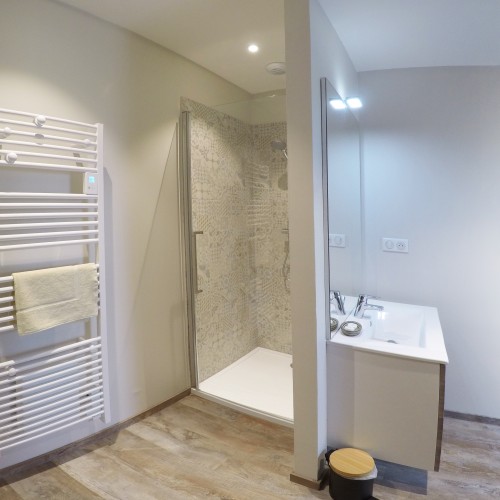 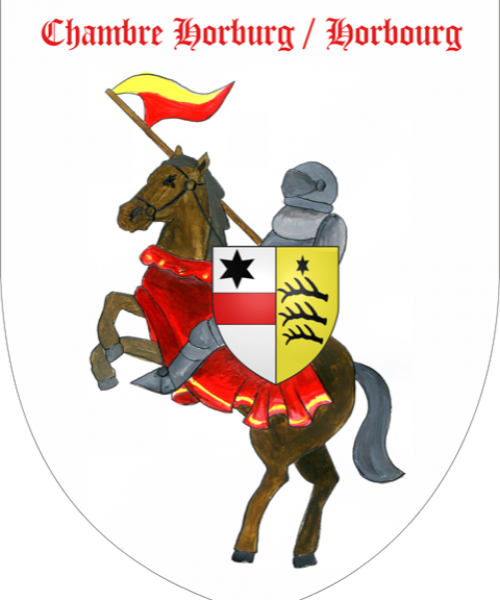 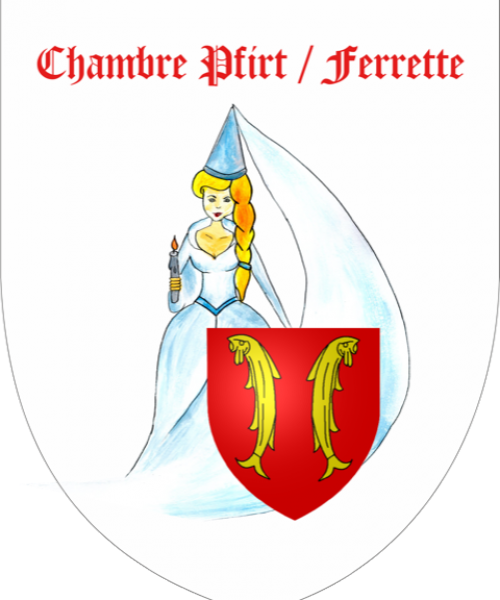 Owes its name to the owners of the County of Pfirt in southern Alsace. The last heiress, Johanna von Pfirt (Jeanne de Ferrette in French), married at the beginning of the 14th century Albrecht II of the Habsburg dynasty. By this marriage, a close dynastic relationship was established not only with the Habsburgs but also with the Luxembourgers (their two sons became the husbands of the daughters of the eminent King of Bohemia Charles IV of Luxembourg and their daughter became the third wife of the Moravian margrave, John Henry, brother of Charles IV).

The dining room "Hohenstaufen" is available to all customers on the ground floor. The fully equipped kitchen, as well as the room built from the old stables with the original beams, will serve in cold or rainy weather not only for the preparation and eating of breakfast but also for a romantic evening with candlelight and a bottle of good Alsatian wine.

In summer it is possible to use a garden with a covered pergola and a barbecue. From the garden, you can also observe the storks on the nest above you, bask under the banana tree, listen to the bells of the nearby standing church of Saint Ulrich.

You can also enjoy a small garden pond with goldfish or relax in warm weather in the shade of a majestic ginkgo tree.

This website uses cookies as part of the provision of services, by continuing to visit the website you agree to their use. For more information, including how to remove and turn them off here.